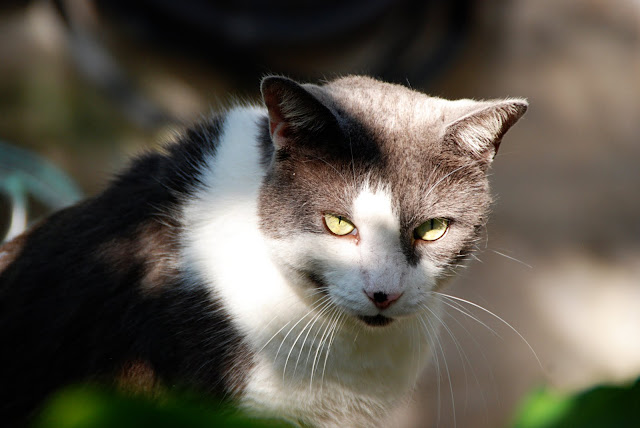 The topic of pets is a frequent one at our house these days.  It seems that one large, fluffy dog is just not enough.  The girls have taken to watching Animal Planet, checking out books from the library and searching the internet for facts, information and adorably cute photos of pets.
In November, during a particularly weak moment, we finally gave in to one longing, begging, ten-year-old-birthday supplication for a pet hamster.  Surely, this would cease the obsession with all things cute and cuddly!  It did not.
So, in lieu of becoming the caretaker of more animals, (we do not live on a farm, or a ranch, or even an acre for that matter!) we decided to give the kids an opportunity to visit them.
Thus began our thousand mile journey to Key West.

If you've never been to Key West, getting there is not so easy.  First of all, you have to drive to Florida.  When you reach the Florida border, you suddenly realize that you are no where near Key West.   You keep driving.  You keep driving, trying to avoid Orlando, because it's spring break.  You drive through Tampa, which you somehow always manage to reach at rush hour and then you keep driving some more.  You drive through the Everglades, hoping that you don't run out of gas or get a flat tire or run over an alligator, since there isn't a gas station in like a hundred miles, and still, you are not there.  When you reach Miami, you think you might be close.  You think you  might be deceptively close.  But you're not.  Keep driving until you run out of land.  Then, hop on a bridge.  Drive 100 miles straight out into the ocean.  It's like the Bridge to Nowhere, only Nowhere, in this case, is Key West.  When you reach Key West, the southernmost point in the continental United States, you suddenly realize that you are closer to Cuba than to the mainland, and that there is only one road out.
This is what we went through to avoid getting another pet.  This is what we did to visit Earnest Hemingway's house - the house where he wrote A Farewell to Arms and To Have and Have Not.  This is what we did to visit Earnest Hemingway's Cats. 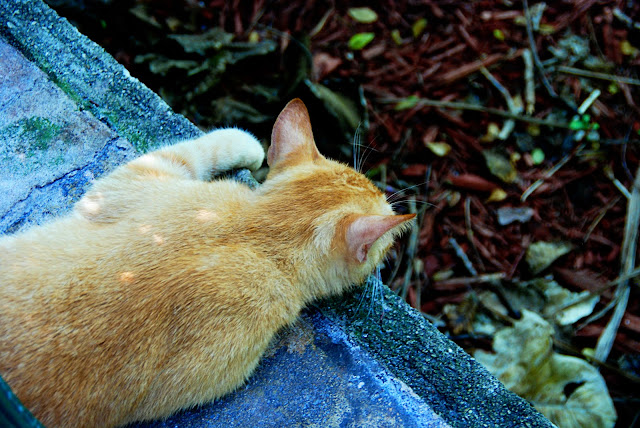 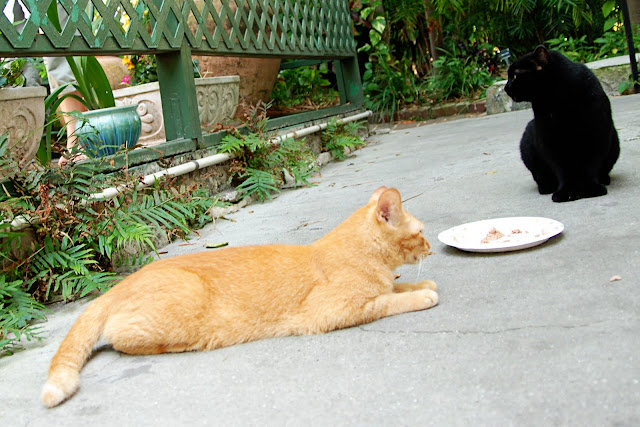 The descendants of Hemingway's polydactyl cats, which roam the grounds at Hemingway's home, are not all six-toed.  Apparently the odds of genetics give them a 50/50 chance of inheriting the extra digit.  Some are completely normal - which might explain their unusual names - like Hairy Truman, Emily Dickenson, Audrey Hepburn, Pablo Picasso, and Archibald MacLeish (named after the famous American Poet and Librarian of Congress.)  I felt the need to elaborate on this last name, lest my in-laws think I was suggesting they were related to a cat.  (My husband's side boasts not one, but three living Archibalds.)  I guess they're in good company! 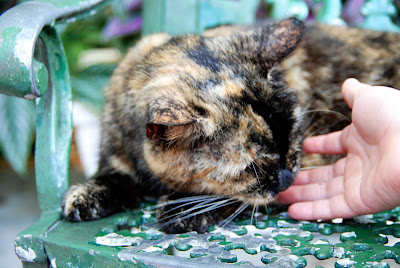 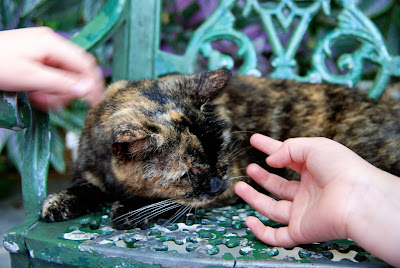 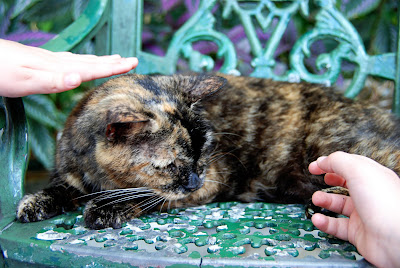 Approximately sixty cats roam the Hemingway estate.  This provided the girls with ample distraction from the informative tour. 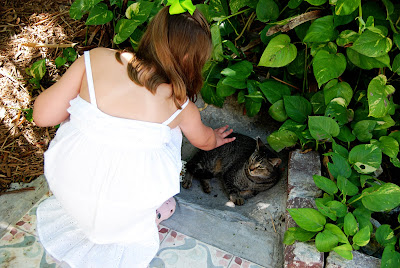 Never mind that Hemingway produced almost 80% of his life's work during the ten years he lived here. 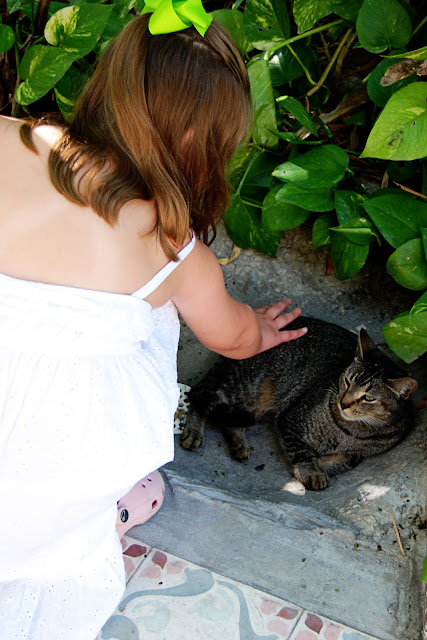 Never mind that The Old Man and the Sea was a real man who actually outlived Hemingway and turned out to be really OLD - like over 100! 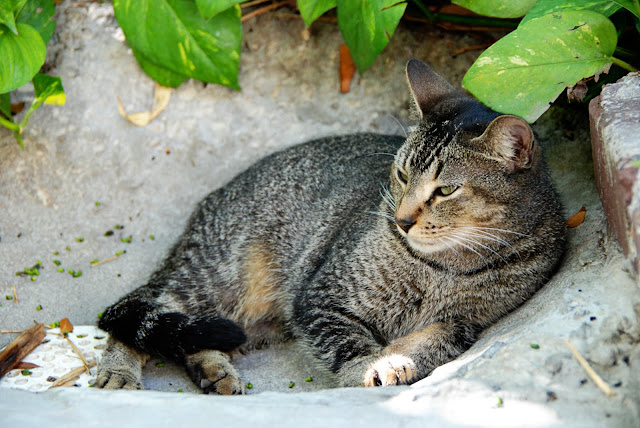 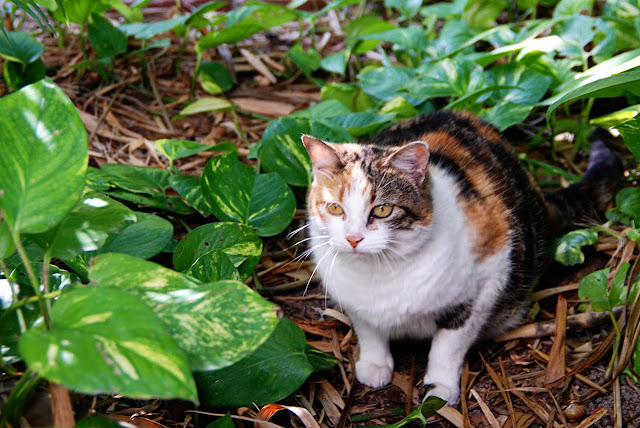 Or that they divorced shortly thereafter! 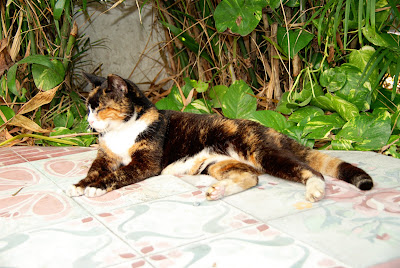 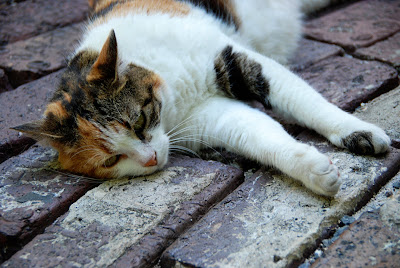 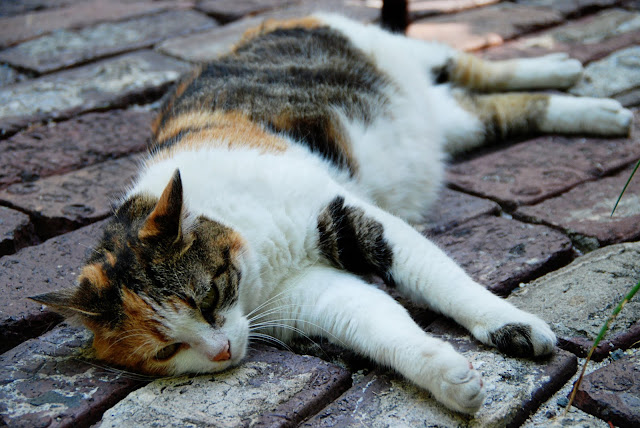 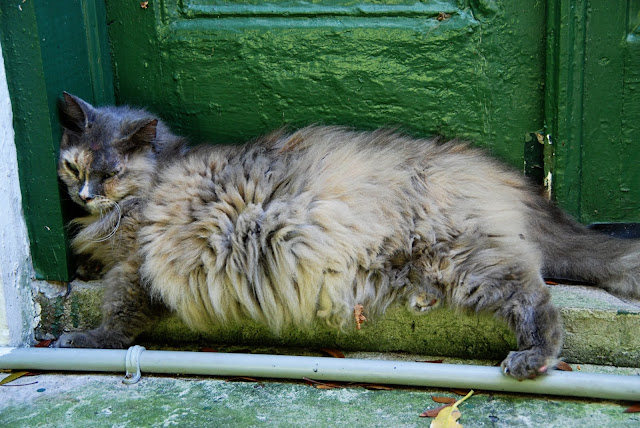 During his half productive, half larger than life, half drunken life. 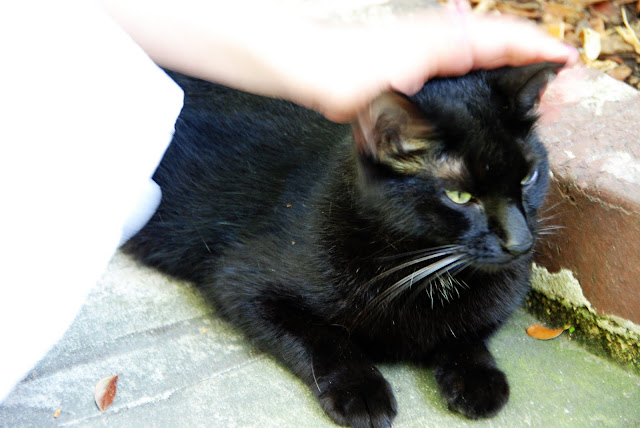 Just focus on the cats. 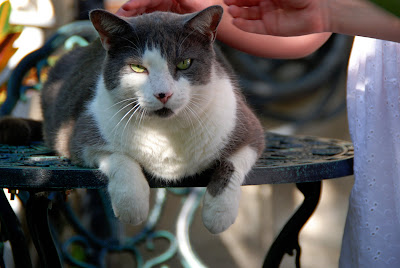 Because when you've been to Key West, one thing is certain..... 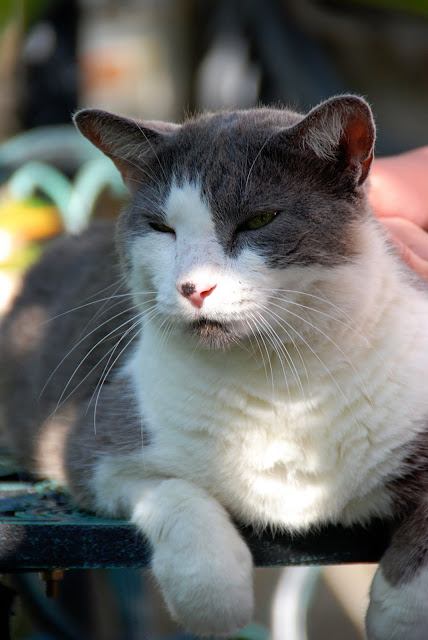 ... It's going to be a long drive back.
Explore Learn Travel