Showing posts from June, 2016
Show all

The Story Behind National Donut Day 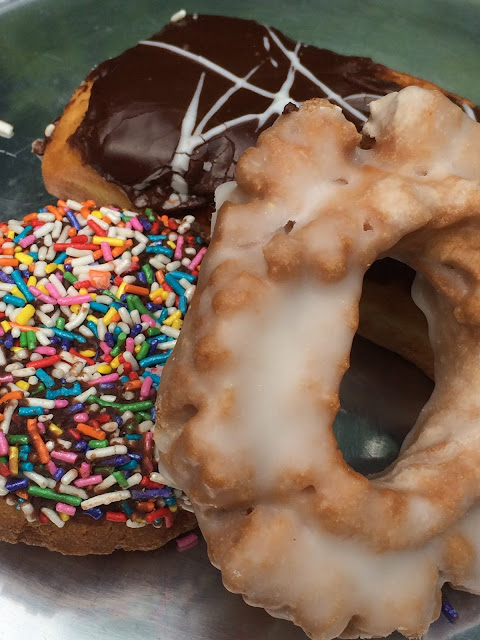 Today is National Donut Day and lest you think this is just another marketing ploy to sell more sweet fried bits of heaven, think again. The idea for Donut Day began on the battlefields of France during World War I when Salvation Army workers served coffee and donuts to soldiers in the trenches. Rations were poor, so the donut idea was conceived as a means of bringing the soldiers cheer. Donuts were not the main reason Salvation Army workers were in the fighting zones of France. Those men and women were there primarily to give spiritual aid and comfort to the American soldier and his allies. They were there to be a link with home and family.    National Donut Day commemorates the "donut lassies," female Salvation Army volunteers who provided assistance to the soldiers by writing letters, mending clothes, cooking home-cooked meals, and of course, frying small batches of donuts for soldiers on the front lines. During the Great Depression, The Salvation Army started Nat
9 comments
Read more
More posts