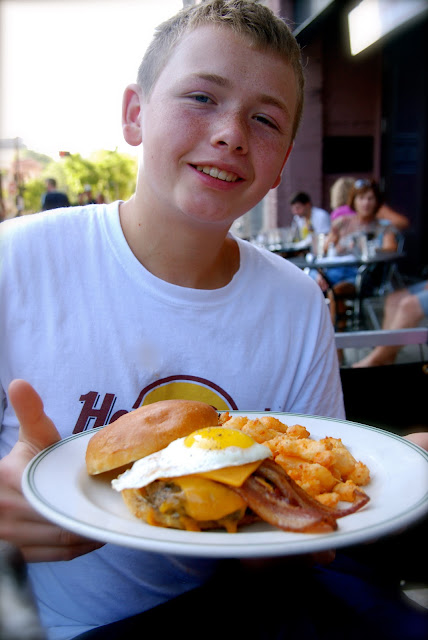 For some, there could be no worse way to celebrate your 15th birthday than to be crammed into an SUV with your parents, three sisters and a large dog for a sixteen hour ride. But my boy took it all in stride. This is why we, following our newly discovered TVFoodMaps App, took a slight detour through downtown Madison, Wisconsin and let him order THIS at The Old Fashioned, a restaurant featured on Food Network's show, "The Best Thing I Ever Ate!" 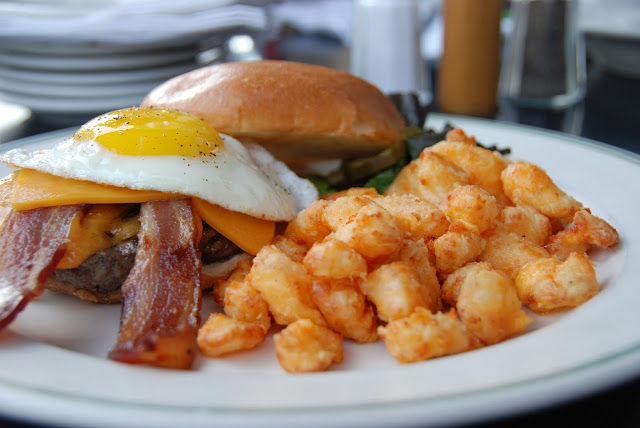 THIS is The Old Fashioned House Burger.  A Burger, grilled over a live fire and topped with fried onions, hickory-smoked bacon, aged cheddar, garlic sauce and a soft-cooked egg on a buttered and toasted roll. It's basically dinner with breakfast on top.  Add to that a side of beer battered cheese curds which received the accolades of Foodies on "The Best Thing I Ever Ate" and you clearly need a warning:  Not to be consumed more than once a year.  Must be under 21.  When you are a 15-year old boy, you can eat everything on this plate and still be hungry two hours later.  I know.  Life's not fair. 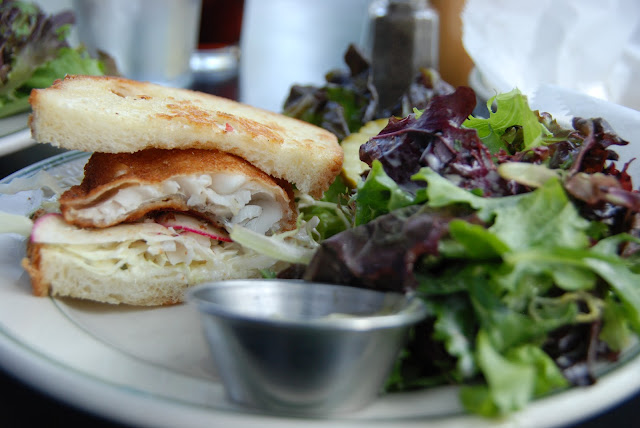 The daughter and I went for some lighter fair and split a Walleye Sandwich.  Equally delicious.
OK, not really, but for a fish sandwich, is was superb! 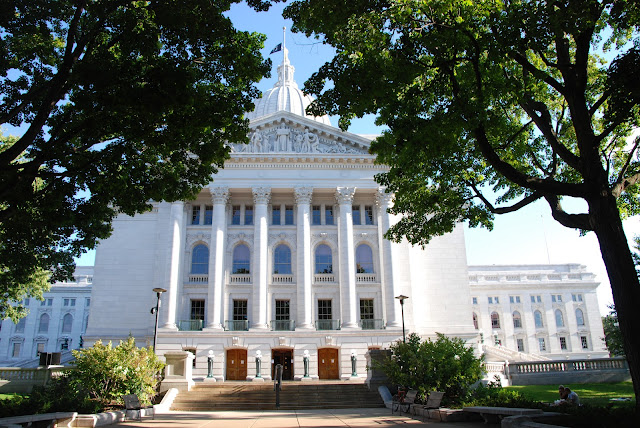 The Wisconsin State Capitol provided us with a spectacular view from our outdoor accommodations.  We were even serenaded by live music in the park. 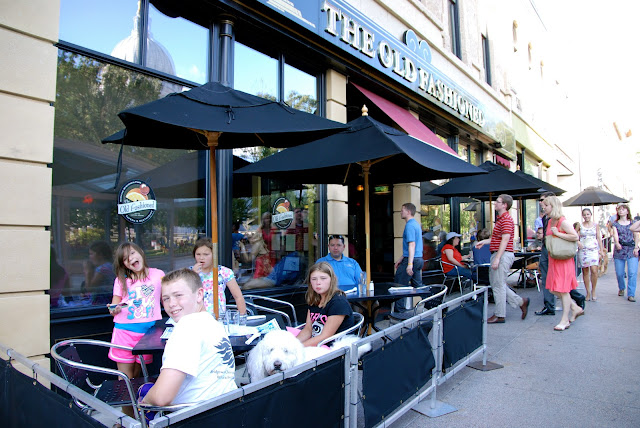 See - Birthdays on the road aren't so bad after all!
Eat