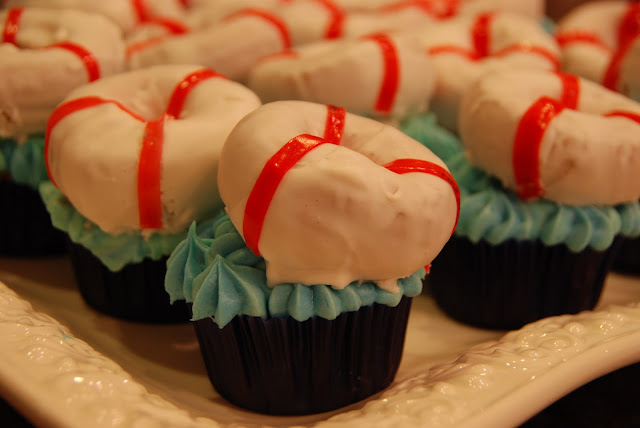 So what do S.O.S. cupcakes have to do with my long list of Christmas preparation items?
Absolutely nothing!
These cupcakes were part of fourth grade Volcano Day at school and were requested by a teacher who's motto is, "Science is Fun!"  When asked to bring cupcakes, my first thought was to send in something easy.  I found these cupcakes in one of my favorite cupcake cookbooks, Hello, Cupcake! by Karen Tack and Alan Richardson.  They were featured on a page that also contained amazing sharks, floats and channel markers.  I decided to just go with the life preservers.  A doughnut on top of a cupcake.  How hard could it possibly be? 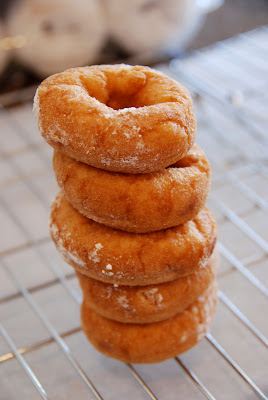 During an abnormally busy week, I had only slotted about one hour to decorate the cupcakes.  Unfortunately, after a quick trip to the store, I was only able to glean 5 plain mini doughnuts out of a variety pack.  I would have to make due.  After unpacking my grocery bag, I also noticed that I had accidentally purchased the whipped frosting, not the creamy frosting.  Now, how this happened, I have no idea.  The directions specifically state, DO NOT USE WHIPPED FROSTING!  To save you the trouble, I'll tell you why.  When you microwave the whipped frosting in which to dip the doughnuts, it separates into a disgusting mess.  I microwaved my second can for fewer seconds, but still had less than desirable results. 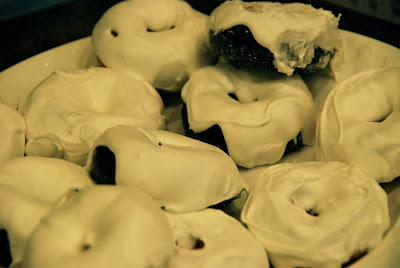 Here is my plate of doughnuts that, much to my children's dismay, ended up in the garbage! 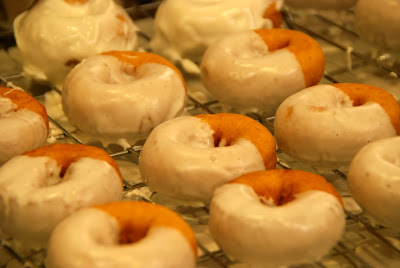 A second trip to a different store rendered plenty of plain doughnuts and the creamy variety of vanilla frosting.  After microwaving the frosting in the container for about 20 seconds, I dipped the doughnuts, first one half and then the other.  The directions said to spoon the frosting over the top.  This may have produced a better finish, but I was feeling pressured for time. 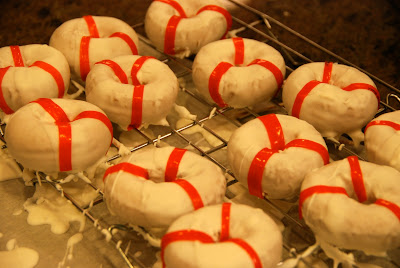 The red stripes were made from fruit roll-ups.  After rummaging through my pantry for the box of fruit roll-ups I was certain I had, I realized that it was a variety pack.  All that was left was purple and orange. A third trip to the store and I had fruit roll-ups which finished off the flotation devices. 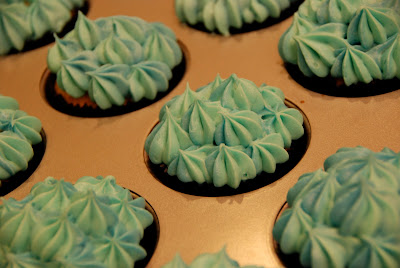 I piped blue water onto the cupcakes with a large star tip, placed the flotation devices on top and voila! 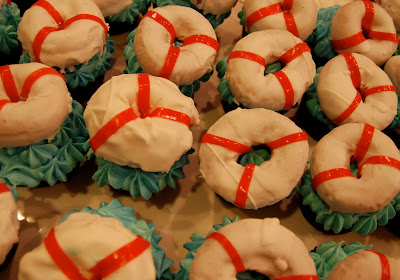 Enough S.O.S. cupcakes to get the class off the volcanic erupting island! 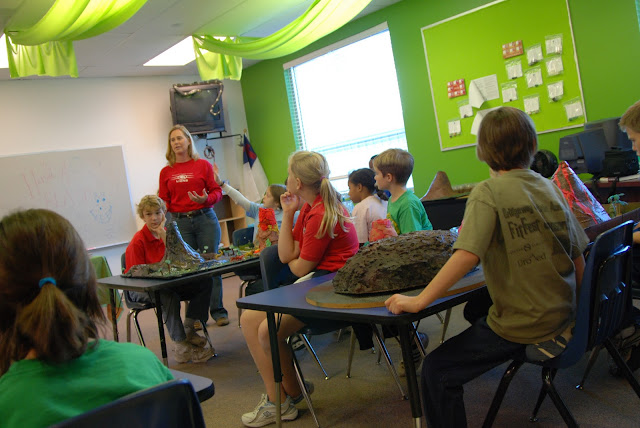 The many volcanic structures in the class were quite impressive.  Here, you can catch a glimpse of our newly decorated lower school science room - another project I had fun working on! 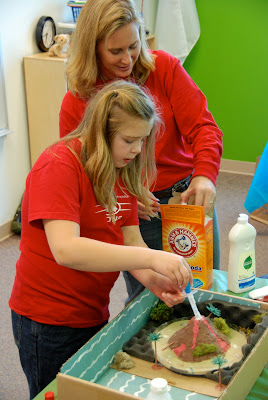 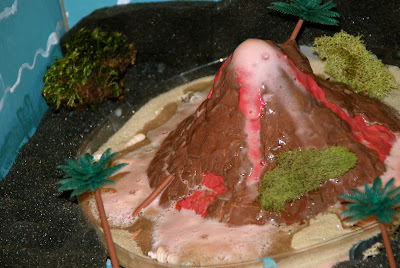 The great thing about fourth graders?
They don't care about perfect cupcakes!
If you give them a cupcake with a doughnut on top, they'll never complain!