February 03, 2013
My Baby Boy came home from his 9th grade basketball game filled with exuberance.  "Did you win?" I asked expectantly.  "Yes," he said.  "But guess what?  You are going to be so proud of me!"  "What?"  I asked with anticipation.  Was he the high scorer?  Did he make all his free throws?  A three-point shot, maybe?

"I'm in the top thirty in the WORLD for an iPad game!"

Immediately, my mind began to fill with questions.  Did you finish your homework?  What kind of game is it?  Have I approved said game? What is it rated? Is it violent?  Does it contain female silhouettes?  How many hours have you spent playing this game on your school rented iPad?

"Wow!" I replied as enthusiastically as I could.  "Show me how you play!"  This, of course, is code for, "Let me into your world! Show me who you're texting! What are your friends like? What secrets can I decode by holding your iPad in my own two hands?  I'm going to cry when you leave me and go to college!  I only have three more years to teach you everything you need to know in life!  Don't grow up!  WAAAHHH!!!" 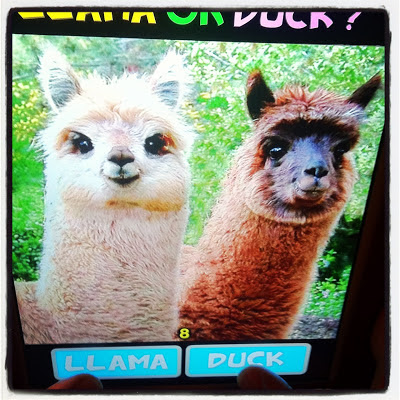 So he explained the game to me and goes something like this: A picture comes up on a screen and you have to determine if it's a Llama or a Duck.  This, of course, doesn't seem very complicated until you realize that you have only a micro-second to make a decision.  My first three tries I scored zero. 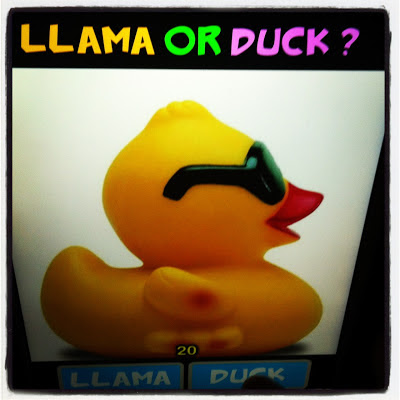 Then the pictures get so funny that you start laughing which, inevitably, slows you down again. It's a game of concentration, of quick reflexes, of focus.  The key is to clear your mind and block out distractions.  All those things that I occasionally watch him not do when homework is involved. 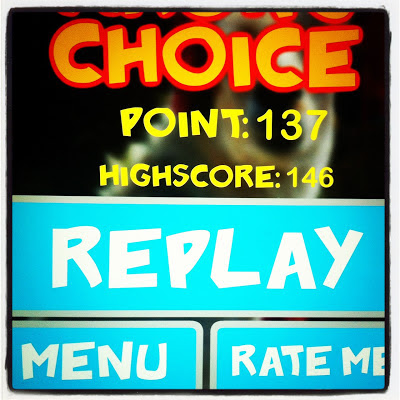 Here's his high score of 146.  This score landed him a ranking of 28th in the world. 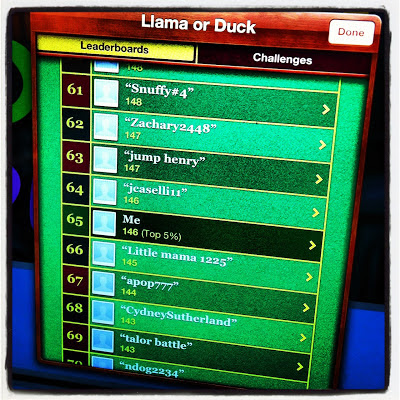 Until he went to bed and woke up at 65th. Apparently, all those kids on the other side of the world were playing while he was sleeping. 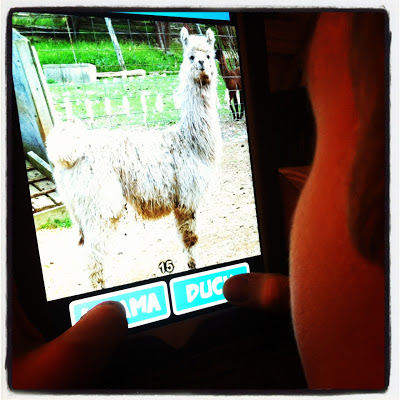 I'm sure this exercise in decision making and reflex development will come in handy someday.
In the real world.