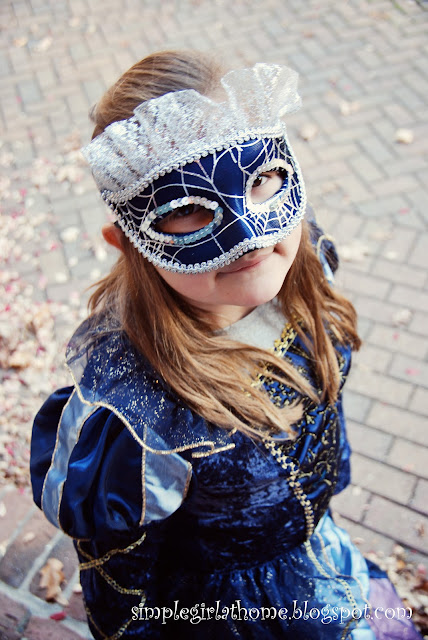 We moved to a quiet neighborhood with long driveways and, apparently, no one on our street trick-or-treats.  Ever. The first door we knocked on was answered by an optimistic older lady. She was so excited to see the kids that she held them captive for a good 7 minutes while she handed out full sized candy bars and chatted away enthusiastically. At the second house, we caught a family just as they were headed out the door to a halloween party. Originally from England, the gentleman came back to the door with some imported "Cadbury Twirl" chocolate. Yum! At the third house, a lady answered the door and then apologized as she ran for her purse. Everyone got a dollar. At the fourth house, a bewildered lady simply apologized and closed the door. At the fifth house, a couple emptied and divided an entire bag of candy into the four trick-or-treat bags. Even though it was still early, they guaranteed us that they would have no more knocks on the door that night. The sixth neighbor welcomed our kids and then proceeded to return with an entire unopened box of ice cream sandwiches from her freezer.

After introducing ourselves to the neighbors, we drove two miles to the cousins house. This was where the real action was. I, dressed as Wilma Flinstone, and my sister-in-law, dressed as Betty Rubble, handed out over 120 packs of Trident, sugar-free gum. Sadly, only the parent chaperones recognized our costumes!

When we returned home, I counted the 30 full-sized chocolate bars I had left on the steps. Sure enough, they were all there.

rebecca @ beurrista said…
Hey I want to live in your neighborhood- first so I could easily hang out with you followed by a close second getting amazing Halloween treats! that's quite the haul there!
November 1, 2012 at 11:18 PM